A Painful Shift from a New Paradigm to Regulatory Reality 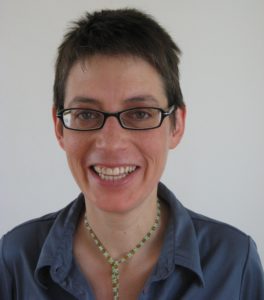 Under what conditions do new scientific and technocratic paradigms drive profound policy change? Policymakers and bureaucrats are cognitively bound by, and emotionally attached to, the scientific and technocratic paradigms that guide their daily operations. Consequently, indications that existing policies and regulatory approaches are producing bad or unintended results tend to be ignored over long periods of time. Insofar as such signals are attended to, this is done within the logic of an existing paradigm, thereby resulting in incremental change. Fundamental – third order – policy changes entail a paradigmatic intellectual shift, which delineate an alternative problem definition, and a complementary set of policy tools. Students of policy associate such instances of third order change with Peter Hall’s study of the British Treasury and the Bank of England’s shift from Keynesian economics to monetarism in late 1970s. As shown in Hall’s study, this policy makeover was enabled by a coupling between Margaret Thatcher’s political will and the American-driven intellectual development of monetarism as an alternative to Keynesianism.

Still, Andrew Baker’s study shows that while a paradigmatic intellectual shift may be a necessary condition, as suggested by Hall, it may still be insufficient for fundamental policy change. Baker suggests that macro-prudential regulation encapsulates, intellectually, a paradigmatic shift in a similar vein to the rise of monetarism and the rejection of Keynesian economics. Pre-crisis financial regulation, as encapsulated in the Basel II standards, was based on the premise of market efficiency. Banks were assumed to have the capacity to assess and manage their capital and liquidity risks, and asset prices together with ratings by credit agencies were assumed to reflect assets’ real values and risks. Consequently, “Greater transparency, more disclosure, and more effective risk management by financial firms based on market prices became the cornerstones for the regulation of ‘efficient markets.” (P. 420). Macro-prudential regulation, by comparison, rejects the premise of efficient markets. Rather, it postulates that asset prices can be driven to extremes, whether upwards or downwards, due to pro-cyclicality (i.e. excessive levels of investment when prices are rising and radical contraction when prices are falling), herding behavior and complex interdependence between financial institutions and transactions. During 2008, this approach, which attracted limited support before the crisis, became the mainstream discourse of international and national financial regulators. By comparison, “Open advocates of rational expectations, new classical thinking, and an efficient markets perspective have been hard to find in financial regulatory networks, since late 2008.” (P. 424-25).

However, insofar as policy tools are concerned, in the five years following the outbreak of the crisis, macro-prudential regulation has produced only incremental change. Specifically, the Basel III accord did not abandon risk-management through Value at Risk models, and their heavy reliance on asset prices (despite the intellectual consensus around the failure of these instruments). Capital adequacy ratios were adjusted upwards, but too a much lesser extent than advocated by macro-prudential theorists’ concerns with system-wide risks. At the same time, macro-prudential instruments, such as counter-cyclical capital buffers (i.e. increasing capital adequacy ratios at times of economic growth and vice versa), were appended to the existing micro-prudential system. Still, even this macro-prudential component of Basel III was rather ambiguous, and involved substantial discretion, reading: “For any given country, this (countercyclical capital) buffer will only be in effect when there is excess credit growth that is resulting in a system wide build-up of risk.” This dilution of macro-prudential regulation in the Basel III standards is further replicated in national contexts. Hence, at this point it is unclear to what extend the new macro-prudential regulatory philosophy will restrain excessive investment and credit provision during economic upturns.