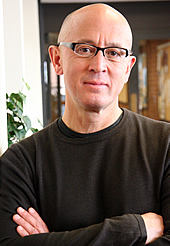 My colleague Lyman Johnson and his co-author Robert Ricca have written an important new paper on the Delaware Supreme Court’s well known Revlon doctrine.  They make two noteworthy points in their article.  First, they argue that courts have interpreted Revlon‘s scope too narrowly, excluding from its coverage cases that do not actually result in a deal.  Second, they show that in actual practice Revlon is much less important than commentators and lawyers have appreciated.  So, the only Delaware case mandating short-term share price maximization ends up not only having more restricted application than its logic and policy might otherwise appear to require; its limited practical relevance indicates an even weaker doctrinal commitment to shareholder primacy than academics and others realize.

The Delaware Supreme Court decided the Revlon case in 1986, in the midst of a flurry of important rulings necessitated by the explosion in hostile takeover activity.  These cases called on the court to balance its traditional emphasis on the board of directors’ authority and responsibility to determine the corporation’s future against shareholders’ interest in unimpeded access to tender offer premia.  Lurking in the background were broadly held concerns about the social costs of hostile takeovers.  In the event, the court came down on the side of management’s broad (though not unlimited) discretion to deploy defensive measures to block unwelcome hostile tender offers, except in narrow circumstances defined in the Revlon case.  As elaborated in subsequent decisions, Revlon requires that management set aside its own views about what’s best for the corporation and its shareholders and instead seek to obtain the best price reasonably available for the company’s shares.  This duty arises if management initiates an active bidding process that will result in a sale leading to breakup of the company; or, if in response to a bidder’s offer, it abandons its long-term strategy in favor of a transaction that will result in breakup of the company; or, if it approves a transaction that will result in a change in control of the corporation.

It has been broadly assumed that Revlon is important because it mandates that management prioritize short-term share price over competing considerations under defined circumstances.  This is the only exception to the management’s normal fiduciary responsibility to focus on the corporation’s long-term well-being. Further, Revlon mandates heightened judicial scrutiny of management’s efforts to discharge its responsibility and places the burden of proof on them, holding out the prospect of personal liability for failure to perform their duty to accomplish a transaction that maximizes share price.  Here we see a potentially important exception to the normally highly deferential business judgment rule standard of review.

In this article, Johnson and Ricca argue persuasively that it makes no sense that courts apply Revlon only in cases that actually result in a transaction.  The language of the relevant precedents, logic, and policy all suggest that it should also apply to what they call ‘no-deal’ cases, that is, cases in which the board has embarked on a course of action that would have resulted in breakup of the company or change of control but for whatever reason they have failed to close a deal.  The argument here is careful and thorough and worthy of close study, but space does not allow me to summarize it here.  One might respond, though, that all of the situations that trigger Revlon are optional in the sense that a board must choose voluntarily to initiate them.  Arguably, the board ought also to have the freedom to voluntarily change its mind, at least up to a certain point short of an actual transaction.

Of more immediate interest to most readers will probably be Johnson and Ricca’s second point about Revlon‘s limited practical relevance apart from its arguably too narrow application. Soon after the decision, the Delaware legislature added section 102(b)(7) to the state’s corporation law.  This provision permits Delaware companies to absolve directors of money damages liability for breach of the duty of care, and they have routinely accepted the invitation to do so.  Thus, if phrased in terms of breach of the duty of care, Revlon–based claims can only yield equitable relief.  If the claim is bad faith, exculpation provisions would not apply, but the Delaware Supreme Court has set that bar quite high, stating that recovery would only be available upon proof that ‘directors utterly failed to attempt to obtain the best sale price.  Even that very demanding hurdle might be overcome in some cases, however, as in Revlon itself or in Paramount v. QVC where the boards deliberately did all they could to thwart potentially higher priced offers

Questions of potential bad faith generally are not litigated, however, because the inevitable lawsuits that virtually all transactions potentially subject to Revlon generate typically seek preliminary injunctions prior to closing rather than money damages.  Johnson and Ricca show that these claims virtually never succeed if litigated.  Plaintiffs obtained relief in only one case filed between 2008 and 2013.  Meanwhile, settlements typically mandate nothing more than additional disclosure.  Add to this the absence of judgments after trial imposing post-closing equitable relief or money damages based on bad faith and the authors’ conclusion is readily apparent: The Revlon doctrine today may retain a certain cosmetic luster, but it lacks remedial clout.

Oddly, this truth seems lost on the lawyers most directly involved in this area of the law.  Once Revlon is triggered, corporate counsel continue to advise compliance with its apparently strict insistence on following procedures and incorporating deal terms designed to get the best price reasonably available, even though the liability risk is in fact trivial.  Plaintiffs’ lawyers continue to challenge virtually every transaction, apparently expecting attorneys’ fees awards despite the very dim prospects of achieving a favorable judgment or a settlement including a monetary component.

Of potentially more far-reaching importance are the implications to be drawn from an accurate understanding of Revlon‘s limited real-world significance.  Revlon defines the sole circumstances under which management of a Delaware corporation is required to maximize short-term share price.

As noted, these circumstances are optional in the sense that they require voluntarily assumed undertakings; a corporation cannot be forced unwillingly into ‘the Revlon mode.’ Further, as Johnson and Ricca note, the courts have not extended Revlon as broadly as they might and, arguably, should, exempting ‘no-deal’ scenarios from scrutiny.  And, even where it actually applies, Revlon has virtually no remedial significance.  In light of all this, can it seriously be claimed that Delaware corporate law is committed to shareholder primacy even in this isolated area?