Corporate Origins and Corporate Rights: American Law and the Corporation

Adam Winkler, We The Corporations: How American Businesses Won Their Civil Rights (2018). 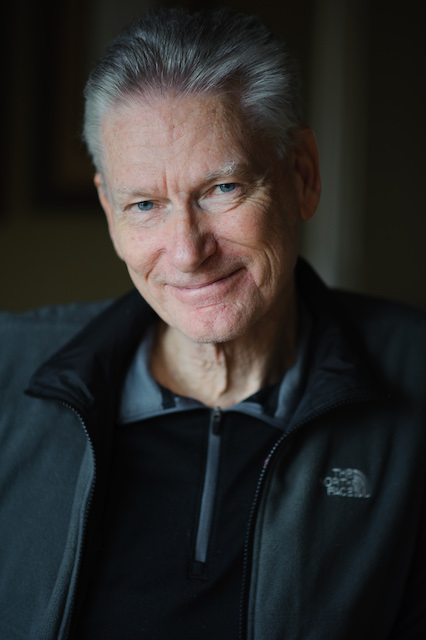 In We The Corporations, constitutional law scholar Adam Winkler reaches out to the public with a sweeping account of the role and place of the corporation in the creation and ongoing evolution of the American Constitution. This is a work designed to appeal to the educated citizen at large, and Winkler uses several powerful hooks to garner the audience he seeks.

The title, of course, is an obvious hook. The first three words of the Constitution, “We the people…” is evoked, with “corporations” replacing people. This book must be about how corporations have usurped the rights of people, resulting in a union that is perfect not for the people, but for the corporations.

The book’s Introduction, visible to a potential reader browsing the electronic version of the book on Amazon, is subtitled “Are Corporations People?” Winkler immediately titillates with an account of how in 1882, Roscoe Conkling misled the Supreme Court while arguing for extending constitutional equal protection rights to his client, the Southern Pacific Railroad. Conkling had been on the Congressional committee that drafted the amendment, and he claimed not only to remember, but to have recorded in his journal, which he waived as he argued, that the Fourteenth Amendment had used the word “person” instead of “citizen” so that corporations would be included in its protections. His journal actually did not support that claim and later scholars have completely debunked it. But the seed had been planted, and the Supreme Court soon embraced Conkling’s argument that corporations have rights under the Fourteenth Amendment. “Just as I thought,” says the potential reader, “it was all a scam.”

But, of course, that is just the half of it. From the ratification of the Fourteenth Amendment in 1868 until 1912, the Supreme Court heard 312 cases dealing with corporations’ rights under that amendment but only 28 cases by African-Americans, the Amendment’s intended beneficiaries.

If you buy this book, Winkler implies, you will learn that the Hobby Lobby and Citizens United decisions are “the proverbial tip of the iceberg, the most visible manifestations of a larger, and largely hidden phenomenon”—the corporation’s civil rights movement. Buy this book, the Introduction concludes, and you will learn the “lost history of the corporate rights movement and…the dramatic, surprising, and even shocking stories behind the landmark Supreme Court cases that extended the Constitution’s most fundamental protections to corporations.”

Winkler does deliver what his introduction and title promise. But this book is much more than its reader-grabbing packaging might first suggest. This is an historical tour de force, a majestic sweeping look at America’s corporate heritage and the co-evolution of the American corporation and the American nation.

Winkler begins with the corporate nature of the American colonies, and the importance of the company charter, and corporate rights, in shaping American understanding of how to protect fundamental human rights. When America sought independence from England, it was in large measure because the Crown insisted on infringing on the colonies’ rights of self-governance guaranteed in their colonial charters. Thus, “we the people” were in many ways consciously citizens of a corporation at the outset of the nationhood.

From there Winkler systematically but colorfully describes the major constitutional law cases and debates that lead us to Citizens United and Hobby Lobby. He begins with the earliest case, Bank of the United States v. Deveaux and delves deeply into the surrounding history. We see the importance of Blackstone’s Commentaries, and the battle between Jeffersonians and Hamiltonians over the fundamental nature of the Republic. We see great lawyers plying their craft as they attempt to sway the Supreme Court. And we see the three principle positions with respects to corporate rights that persist until this day—corporations are not “persons” and should have no constitutional rights, corporations are “associations of persons” and should be able to assert the rights of their members, and corporations are separate persons whose rights should be judged without regard to the rights that its members might have had if operating as partners or sole proprietors.

Winkler then carries us through the 200 years between Deveaux and the present, recounting the back story of the important cases that collectively provide our understanding of the constitutional rights of corporations. Among many others, we meet and see the influence of Louis Brandeis, Daniel Webster, Stephen Field, Theodore Roosevelt, Charles Evans Hughes, Adolf Berle, Ralph Nader, Thurgood Marshall, Lewis Powell, Jim Bopp, David Bossie and Ted Olsen. We see how the heavy determined hands of individual justices—Stephen Field in Santa Clara County v. Southern Pacific Railroad and subsequent cases, Lewis Powell in First National Bank of Boston v. Bellotti, and Samuel Alito in Citizens United—have inserted and broadened corporate constitutional rights in ways not required to decide the case at hand.

And we learn that the root of all evil is not the Supreme Court’s treatment of corporations as “people.” As Winkler notes throughout, a Supreme Court holding that corporations are separate persons has more often been used to limit than to expand corporate rights. Indeed, Hobby Lobby is based fundamentally on ignoring the corporation as a separate person and Citizens United is grounded in the rights of the listener.

As I noted at the outset, this book has been packaged to target a broad audience of generally educated citizens. However, this is a very sophisticated and comprehensive synthesis of the work of many scholars, including that of the author. It should be of immense interest to law students and law scholars of any discipline.

But if you are a corporate law scholar, this book should be of particular interest and value. And if you are a professor of corporate law looking to offer a seminar under a title such as “Corporations, Law and Society,” this would be a great starting point. The author’s ample and wide ranging notes will jumpstart and stimulate your course planning, and this book is one which you would surely assign to your students.