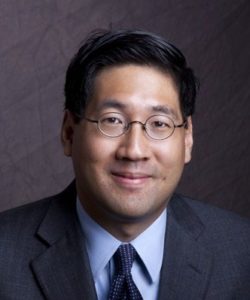 Poor Delaware.  The small state (45th in population and 49th in geographic size) is the dominant corporate law jurisdiction in the United States, and for decades the academic community has been fascinated with the reasons why.  Initially, scholars portrayed Delaware as the savvy champion of a fierce competition for corporate charters.  The quality of its courts, the richness of its case law, and the responsiveness of its legislature made Delaware the most attractive place to incorporate for US public companies.  When Marcel Kahan and Ehud Kamar’s wrote The Myth of State Competition in Corporate Law, 55 Stan. L. Rev. 679 (2002), the academic community’s view of Delaware had changed:  Delaware was not facing direct competition from other states, but rather winning by default.

More so than any other corporate law scholar, Mark Roe has tried to explain why Delaware still has much to fear.  Roe is well known for his argument, articulated in Delaware’s Politics, 118 Harv. L. Rev. 2491 (2005), that Delaware faces a competitive threat from the possibility of corporate governance regulation by the federal government.  Roe’s analysis, originally written in the wake of the Sarbanes-Oxley Act of 2002, has proven prescient with the passage of the Dodd-Frank Wall Street Reform and Consumer Protection Act last July, which introduced a host of significant corporate governance reforms for US public companies, including say-on-pay and proxy access.

Like the Stephen King of corporate law, Roe is now back with a new set of reasons why Delaware should be afraid . . . very afraid.  First, armed with data on Delaware’s franchise tax receipts and incorporations by companies into Delaware, Roe presents some striking statistics:

Thus, Delaware’s position is precarious.  Due to corporate mergers, reorganizations and failures, Delaware’s base of firms decreases at a steady rate.  In order to maintain franchise tax receipts at current levels, Delaware must constantly convince new and existing firms to incorporate or reincorporate in Delaware.  This need to attract new business, even in the absence of active competition from other states for these incorporations, is a competitive pressure on Delaware to invest in improvements to its corporate law regime.

Second, Roe notes that the threat of a new entrant into the market for incorporations is enough to keep Delaware on its toes.  While no state has the same combination of attractive attributes as Delaware, Roe does note that other states do have “toeholds” that could quickly make them viable challengers to Delaware if an opportunity arose.  Roe is fascinated by recent efforts by shareholder activists, like Carl Icahn, to push companies to reincorporate in North Dakota where a lawyer for Icahn and other shareholder activist groups drafted a new corporate law for the state.  But even beyond North Dakota, other toeholds include those states that are developing quite sophisticated jurisprudence regarding the governance of non-corporate business entities and New York with its commercial court system.

Finally, Roe returns to his old theme of the threat posed by federal agencies expanding their efforts to make corporate law.

Roe’s portrayal of North Dakota and other states quietly waiting for Delaware to stumble before making their move would normally generate skepticism.  As Lucian Bebchuk, Assaf Hamdani and others have noted before, the barriers to entry for states to enter into a market for corporate charters are quite high.  But what makes the threat more serious is Roe’s data on reincorporations and the half-life of Delaware franchise tax base.  I do not believe that anyone, other than perhaps those who work for the Delaware Secretary of State, realized how much Delaware relies on a constant flow of new incorporations.  As franchise taxes fund a remarkable 17 percent of the its budget, Delaware cannot afford to let this revenue stream end.

The implication is that Delaware is on the defensive.  Its priorities lie in preventing other jurisdictions from developing advantages that could draw away new incorporations, and there is no incentive for Delaware to go out on a limb with new reforms that could alienate either the corporate managers who make the reincorporation decisions or the institutional investors who may escalate efforts to avoid Delaware.  For those of us who have been critical of various aspects of Delaware corporate law (see, e.g., my paper on problems with the Delaware duty to monitor, available at SSRN), the lesson appears to be to effect change from the outside.  Having federal agencies or other state courts and legislatures consider certain corporate governance reforms may be the best way to get the attention of the Delaware legislature and courts.