Not All Retail Investors Are Passive 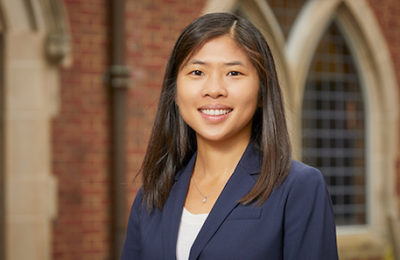 Corporate governance debates tend to dismiss “Main Street” individual investors as irrelevant. The traditional archetype of the corporation presumes that individual shareholders are apathetic because they own small stakes and confront collective action challenges. In the modern corporate landscape, individual shareholders are overshadowed by their institutional counterparts, who hold near-majority stakes in most public companies. Stories about individual investors tend to highlight their idiosyncratic goals or their distracting irrationality. Think of Charles Pillsbury, who bought a single share of Honeywell in order to campaign to end Honeywell’s munitions production for the Vietnam War. Or the recent meme stock craze, which was widely reported to be driven by “amateur” investors trading on social media hype instead of corporate fundamentals.

But there are important exceptions to this generalization, as Kobi Kastiel and Yaron Nili remind us in their article, The Giant Shadow of Corporate Gadflies. The article brings to the fore the underappreciated role that “corporate gadflies” play in promoting good corporate governance (at least from a shareholder-centric perspective). Kastiel and Nili describe gadflies as “small, ‘pesky’ individual shareholders who are engaged in the submission of massive numbers of shareholder proposals.” There are just a handful of gadflies in existence today, including William and Kenneth Steiner, John Chevedden, the Rossi family, and the husband-and-wife team of James Ritchie and Myra Young.

According to Kastiel and Nili, corporate gadflies function as “governance facilitators”: Gadflies prepare and submit mainstream governance reform proposals—those that proxy advisers and the largest institutional investors have already publicly endorsed—for inclusion on companies’ ballots. As the Article carefully documents, the influence of gadflies has grown steadily over the past fifteen years. Between 2005 and 2018, they accounted for 27.3% of shareholder proposals submitted to S&P 1500 companies, surpassing established institutional actors such as labor unions (21.9%) and public pension funds (15.3%). In fact, just five individuals accounted for 41% of all non-withdrawn shareholder proposals submitted to S&P 1500 companies in 2018.

Governance-related proposals submitted by gadflies have translated into meaningful changes at recipient companies. About a quarter of the proposals submitted by gadflies received a majority of the shareholder vote, which gives gadflies a higher success rate at the ballot box than most of their institutional counterparts. As others have observed, large institutional investors are “rationally reticent.” They publish detailed guidance on the “good” governance practices that they will vote to support. But for a variety of reasons, such as conflicts of interest and fear of attracting regulation, most large asset managers have no appetite for initiating reforms to implement those practices at their portfolio companies. Gadflies have stepped up to bridge this gap.

In fact, gadflies may function within an even broader collaborative ecosystem, in which they, institutional investors, and activist investors play complementary roles to hold corporate managers accountable to shareholders. In this framework, activist investors are the monitors: as Ronald Gilson and Jeffrey Gordon described in earlier work, activists “specialize in monitoring portfolio company strategy and formulating alternatives when appropriate.” The effectiveness of activist investors depends on their ability to credibly threaten to remove the board of directors in a proxy contest, which in turn partly depends on the arsenal of governance tools (such as majority voting, declassified boards, or shareholders’ right to call a special meeting) available to them at the target companies. Gadflies facilitate investor activism by enlarging this toolkit.  Kastiel and Nili’s data show that gadflies have submitted more proposals relating to shareholder rights and the removal of proxy battle defenses than any other topic. And institutional investors are in charge of voting: They react to activists’ and gadflies’ interventions that reach the corporate ballot box and decide between competing positions.

Understanding gadflies’ function is particularly relevant today because, as Kastiel and Nili explain with some urgency, gadflies face possible extinction. In September 2020, the Securities and Exchange Commission amended the eligibility requirements for submitting shareholder proposals. This rule change means that the costs corporate gadflies must incur to finance their activities are now higher—perhaps prohibitively so. But rather than simply bemoaning this development, Kastiel and Nili see opportunities as well. There are opportunities for evolution; among other suggestions, they propose the creation of “Gadflies 2.0,” whereby the gadflies’ role could be assumed by a centralized “professional” organization that can handle the submission of shareholder proposals on a larger scale. More importantly, there are opportunities to advance the debate on the role that institutional shareholders should play in corporate governance. For instance, do the conventional arguments that justify large asset managers’ historical reticence to use their power, such as lack of capacity or specialization, translate easily to a purely administrative task like submitting shareholder proposals on reforms that asset managers have already endorsed? And is the current system, in which large institutional investors and proxy advisers determine market-wide governance standards akin to regulation, even structurally desirable?

Kastiel and Nili’s contribution is a valuable complement to the growing body of corporate law scholarship trained on institutional actors. It not only brings attention to the handful of individuals whose outsized influence on U.S. corporate governance has thus far been overlooked, but uses this case study to deftly illuminate the complex and evolving complementarity between different investor types.