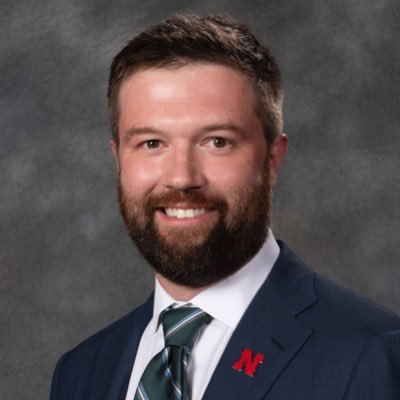 Between rising asset prices, high returns on investment, and yawning wealth gaps, the wealthiest equity investors have had a better run than most of us. What, if anything, is to be done about that? Should legal rules governing market structure reflect egalitarian commitments? Securities law scholars have considered this as an “investor protection” problem. A small but vocal line of thought has envisioned democratizing finance and reducing inequality by tinkering with legal rules like the “accredited investor” standard, or funds mediating access to private markets.

A largely unacknowledged assumption of this work is that egalitarian goals can be achieved by liberalizing access to risky financial assets. Professor Emily Winston’s article Unequal Investment: A Regulatory Case Study, forthcoming in Cornell Law Review, unpacks that assumption. She offers an important corrective to the intuition that fighting inequality involves loosening market-access restrictions and letting more investors share in the gains.

Winston draws on the work of economists like Thomas Piketty showing that wealth inequality widens as returns to capital exceed baseline growth of the economy. Securities law bears on this problem by gatekeeping access to high-return investments to the already wealthy. Investments available to the modestly wealthy are less risky and have lower expected returns. Not only do the wealthy have more money to invest, they “earn more per dollar invested” — a phenomenon Winston describes as an “accelerant to the growth of wealth inequality.”

Winston compares regulatory regimes governing investments of different investors. For many, wealth is tied up in ERISA-regulated retirement accounts. ERISA and securities law generally are solicitous of ordinary investors, assuming they are less sophisticated and more vulnerable. By contrast, securities law grants access to certain risky asset classes to the wealthier, assuming wealth is correlated with “resilience” (or ability to bear risk of loss). Winston illustrates with rules governing short sales. Because securities law practically limits access to these kinds of transactions to certain wealthier investors, it largely casts aside investor protection and attends to market quality indicators like price efficiency and liquidity. Yet regulatory initiatives that make it easier for companies to raise money can potentially increase risks to individual investors, because of depredation as well as simple adverse selection.

Winston offers a way of thinking about regulatory design that addresses markets as institutions to serve social goods, rather than as goods in themselves. Her primary contribution is to examine the misconception that “what is good for the financial markets is good for the economy.” Practices that appear to support strong and high quality markets may have broader macroeconomic consequences: “even well-functioning capital markets can fuel wealth inequality.”

A robust securities law would take these consequences into account. If differential access to capital markets grows wealth gaps, that has second-order problems for society and for undermining public confidence in markets in general. Efforts to increase market “quality” can encourage business models that are maladaptive and suboptimal measured by goals that reflect why we have markets in the first place.

Given the foundational role of securities law in shaping how public and private companies raise money and disclose ongoing operations, it should not be surprising that activists have increasingly seen it as an attractive tool through which to pursue greater democratic control over the economy. This is underscored by how much ESG investing has been a flashpoint over the scope of what the SEC is trying to accomplish. Getting that balance right is critically important.

Some might think the SEC should have already been accounting for these costs in its cost-benefit analysis after Business Roundtable. Yet Winston is urging a more radical step: putting a thumb on the scale against wealth inequality: “contributions to wealth inequality should count among regulatory considerations” in determining “how much of [a] practice should be permitted.” This, she says, would entail abandoning the agency’s current position “that more financial opportunities are better, so long as the markets are not harmed” — and to account directly for the role of financial regulation in contributing to wealth inequality.

Focused on short selling, Winston’s paper is relatively modest in its stated goals. But if her framework were adopted, it’d have far-reaching and welcome effects. In particular, the SEC might abandon its perennial efforts to expand offering registration exemptions to balance capital- formation and investor-protection goals. Whatever the balance between those goals, Winston suggests it is undesirable for an underappreciated reason: the second-order consequences on wealth inequality will leave the impecunious even further behind, even if it reduces regulatory burdens for small and mid-sized enterprises. At the outer limit, we might imagine creating an institutional-only market, requiring retail traders to participate in diversified investment funds and prohibiting them from trading at all. This is already what we have in the secondary market for certain private placements under Rule 144A.

Winston’s paper does not imagine these futures directly. But she offers a creative framework for thinking about the unintended macroeconomic consequences of securities law’s market-access restrictions. Even if securities law is not now set up to take this into account, Winston suggests ways we might start to think of securities law in an image that is more democratically responsive and accountable.