The Corporation as Regulatory Partition and the Veil Peeking Exception

Mariana Pargendler, Veil Peeking: The Corporation As a Nexus for Regulation, _ U. Pa. L. Rev. _ (forthcoming), available at SSRN. 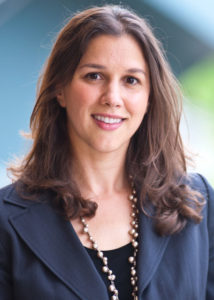 It is time to retire the term “veil piercing” from debates about corporate rights. Scholars have been drawn to the veil piercing language because of the tendency of courts to ignore the separate legal personality of a corporation when determining whether it may assert a particular constitutional or statutory right. For example, in Burwell v. Hobby Lobby Stores, Inc., the Supreme Court looked to the religious beliefs of the shareholders in allowing the corporation to claim protection under the Religious Freedom Restoration Act. Yet cases like Hobby Lobby, in which shareholders assert a corporate right to avoid an otherwise applicable law or regulation, are quite different from veil piercing cases in which creditors seek to access shareholder assets in satisfaction of a corporation’s debt. These deviations from following the general rule of “corporate separateness” are analytically and functionally distinct.

In her forthcoming article, Veil Peeking: The Corporation As a Nexus for Regulation, Professor Mariana Pargendler gives us new language for discussing the variety of circumstances in which the law looks behind the corporation or disregards its separate legal personality. Pargendler starts by reviewing the concept of asset partitioning as an essential characteristic of the corporate form. Over the past two decades, distinguished scholars have illuminated the importance of asset partitioning for establishing the key corporate features of entity shielding, limited liability, and capital lock-in. But, as Pargendler explains, the partitioning between the assets of the corporation and those of its shareholders is only one dimension of corporate separateness. Corporate legal personality also separates the legal or regulatory spheres of the corporation from its shareholders—she terms this “regulatory partitioning.” And when the general rule of separate legal or regulatory spheres is disregarded, and shareholder rights or detriments are imputed to the corporation, she calls this “veil peeking.”

The article is at once both creative and classic. It nimbly draws connections between diverse areas of law such as antitrust, discrimination, and tax, to observe a basic yet important characteristic of the corporate form: it exists in a separate legal sphere from its shareholders. That is, the legal rights, duties, privileges, and detriments of a shareholder are generally not projected onto the corporation, which instead has its own separate existence that functions as a nexus for regulation.

For instance, a shareholder might have a race, nationality, jurisdiction, and criminal status that is different from the corporation in which she has invested. This concept is no small matter—the separate legal life of the corporation from its shareholders allows for the operation of large-scale enterprise with numerous shareholders and transferable shares. Corporations and stock can be valued irrespective of shareholder identity. Regulatory partitioning additionally presents costs as well as benefits—because the corporation serves as a separate nexus for legal attribution, it can facilitate regulatory arbitrage.

Moving beyond these foundational observations regarding regulatory partitioning, Pargendler’s exploration of the veil-peeking exception shows that it arises in a variety of circumstances, resulting in both shareholder-friendly and shareholder-unfriendly outcomes. Veil peeking might at times permit the assertion of shareholder rights against the state or ascribe to corporations some of the constraints applicable to the individuals that control them.

Given the varying regulatory contexts in which these issues arise, a singular test for veil peeking does not emerge—yet here again, Pargendler’s thoughtful analysis helps shine a light on the range of approaches and their distinction from the concept of veil piercing. The article admirably begins the task of drawing together the threads of a centuries-long struggle with the question whether to ascribe the legal rights or detriments of shareholders to the corporation. Pargendler brings fresh perspective and order to the topic, providing corporate law thinkers with the opportunity to make connections to other areas of law and to see with new eyes the essential characteristics of the corporate form.