The Impact of Business Courts (Outside of Delaware) 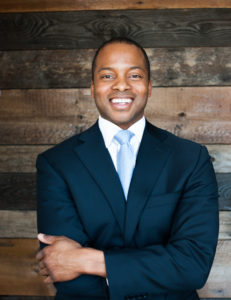 Professor Jens Dammann’s paper titled Business Courts and Firm Performance is a bold attempt to answer a vexing question concerning the efficacy of state business courts. The paper can be summed up with a simple phrase and minor qualification: business courts are important (outside of Delaware). Specifically, the paper addresses the question of “whether giving publicly traded corporations access to business courts to litigate their internal corporate affairs benefits firm performance.” (P. 1.) The paper answers this question affirmatively. More importantly, the paper provides a long-awaited empirical justification to claims that business courts, outside of Delaware, are a positive development for publicly traded firms in the sense that these courts impact a corporation’s bottom line. The underlying hypothesis of Dammann’s paper is that business courts improve corporate performance by reducing/policing managerial self-enrichment (e.g., stealing, misappropriation, entrenchment). (P. 6.)

Delaware’s business courts have been the premier forum for high-profile corporate litigation for over a half century.1 And many publicly traded firms incorporate in Delaware, in part, to seek access to Delaware’s Court of Chancery.2 Despite Delaware’s preeminence as a hub for corporate litigation among publicly traded firms, over the past thirty years, many other states have created their own specialized business trial courts. Outside of Delaware, there are approximately 25 specialized business courts and 5 complex litigation programs. (P. 3, Table 1.) State actors, often through judicial decree or legislative action, created these courts to respond, in part, to general problems related to litigating in state courts: lack of judicial expertise on business and commercial matters, lengthy proceedings, unpredictability, and so on. (P. 2.) Scholars offer and debate the reasons behind this surge of state business courts such as preventing corporate migration, attracting out-of-state companies, generating litigation business for lawyers, reincorporations, encouraging investment, and jurisdictional competition. (P. 5.) The scholarly treatment of state business courts, however, lacks a satisfying explanation for what economic value publicly traded firms actually derive from litigating internal corporate disputes in state business courts. To be fair, observers often provide anecdotal support for the idea that firms value access to highly quality business courts and derive general benefits from them such as speed, expertise, and greater certainty.

The paper’s primary findings are as follows:

This empirical paper contains a detailed explanation of the study’s methodology, so I will not focus on it here. (P. 7-15.) Instead, I will focus on the paper’s findings that have wide-ranging implications for scholars, firms, and state actors.

Paper’s Contribution to the Existing Body of Literature

Dammann’s paper contributes to multiple threads of academic literature. There is already a wide body of literature on the macro-level relationship between institutions, the rule of law, and economic development. This study reflects how business courts (i.e., legal institutions) are a potential mechanism through which jurisdictions, foreign and domestic, may promote economic growth and investment. (P. 5.) There is also a growing body of empirical literature on the relationship between courts and firms. These studies often explore the relationship between courts and the enforcement of largely external third party contracts. By contrast, this paper uniquely focuses on how access to business courts for internal corporate disputes impacts firm performance. Finally, this paper also advances the growing body of legal literature on the growth and efficacy of business courts. There is limited empirical work in this area, and virtually nothing examining the impact of state business courts on firm economic performance until now.

Specialized Courts as a Disciplining Mechanism in Corporate Governance

Courts are one of multiple corporate governance mechanisms that discipline managers (e.g., remuneration, markets, etc.). Dammann’s paper reveals how business courts can serve as a complementary disciplining mechanism for corporate managers and, in doing so, positively impact firm economic performance. This result seems intuitive and consistent with existing corporate governance theory. Yet the legal literature, until now, remained rather silent on this empirical question, in large part, because it is quite difficult to assess the specific economic impact of courts. When firms choose one jurisdiction over another, they inevitably consider multiple factors beyond courts that are not easy to disentangle. Dammann both acknowledges these challenges and attempts to address this critical gap.

The above findings support past, present, and future state efforts to establish specialized business courts. They also provide an economic justification for firms to incorporate and litigate their internal affairs in jurisdictions with specialized business courts. The paper complements and bolsters the anecdotal and reputational justifications for establishing specialized courts. Reputation is often used as a heuristic for quality in firm decision-making processes such as incorporation and forum selection. Decision-makers often rely on reputation where there is an absence of reliable information on quality or performance. This paper will contribute to future efforts to quantify how business courts contribute to firm performance. Such efforts provide more information, which, in turn, can be relied upon by firms when deciding where to incorporate and/or litigate corporate disputes.

Additionally, state actors—courts and legislators—now have economic evidence related to the impact of business courts on firm performance. States, equipped with this study and future research, could provide more concrete economic evidence for firms to litigate in state business courts. Establishing expert courts for dispute settlement is perhaps a cost effective way to attract firm investments. The paper cites the Delaware Court of Chancery’s relatively small annual budget of $4.9 million dollars and asserts that the costs associated with establishing expert courts is a “small price to pay for a 3.2 to 3.7 percentage points increase in ROA [return on assets].” (P. 21.)

Although not directly addressed in Dammann’s paper, the recent proliferation of specialized business courts provides a counter-narrative to the general trend toward greater use of alternative dispute resolution (e.g., arbitration) and the movement away from courts. Specialized business courts, when properly constituted, may yield multiple benefits that are both firm specific and systemic. This paper highlights how courts, through limiting managerial self-enrichment, improve firm performance. Beyond resolving individual disputes, one cannot disregard how business litigation also generates systemic public benefits in the form of legal opinions that provide guidance for parties. This is not the case for arbitration where there often is no requirement or incentive for a publicly shared written record beyond the immediate parties to the dispute. The key issue here is not whether litigation is superior to arbitration in the broad sense. Perhaps, the more important issue is capturing the contexts in which litigation before specialized courts is more desirable for firms (e.g., internal affairs, external affairs, etc.). Future research may answer this question.

In conclusion, Dammann’s paper is a must-read for scholars interested in the function and impact of state business courts.