‘The Law of Good People’ and Corporate Law 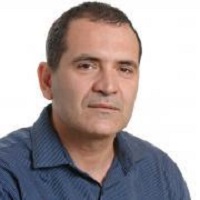 Yuval Feldman’s book, The Law of Good People: Challenging States’ Ability to Regulate Human Behavior provides a thought-provoking framework to advance our understanding of how governments should deal with misconduct committed by normative citizens blinded by cognitive biases regarding their own ethicality. While it does not discuss corporate law, this novel framework can offer new insights on fundamental questions of corporate law, securities regulation, and corporate misconduct.

The dominant enforcement paradigm is based on the idea that governments deal with “bad people”—those pursuing their own self-interest—by setting prices or sanctions for misconduct. Feldman, however, draws on the neglected discipline of behavioral ethics to argue that many forms of “ordinary unethicality”—such as workplace discrimination, insurance fraud or tax evasion—are committed by “good people” blinded by self-serving processes such as self-deception, motivated reasoning, ethical dissonance, and moral disengagement. Feldman convincingly shows that the existing analysis of law enforcement misses an important category of good people who may violate legal norms without feeling immoral or thinking that they are indeed in violation of law.

The book pays special attention to subtle conflicts of interest, where many good people may not recognize that there is something wrong or unethical about their behavior. The book explains that a focus on those “good people” will enable regulators to determine in advance which types of situation are likely to encourage acts of ordinary ethicality and develop appropriate regulatory responses. Feldman explores ways to expand the regulatory toolbox in order to allow the government to shape the conduct of good people in an effective manner. Specifically, the book argues that the focus on good people requires a shift in the focus of the legal regime from ex post liability to ex ante design.

Although Feldman does not address corporate law, securities regulation or corporate misconduct, both his thesis and the framework he develops offer important lessons for corporate law scholarship. The book convincingly demonstrates both the complexity of regulating behavior in the corporate setting and the promise of alternatives. Many fundamental corporate law questions arise when “good people” make self-serving decisions, and many cases of corporate misconduct involve corporate executives who made business decisions that turned out to have catastrophic effects. The book’s innovative paradigm uncovers the complexity of using legal rules to improve corporate decision-making processes.

One of the main challenges for corporate law is addressing directors’ conflicts that arise not from pure financial incentives, but from the realities of the modern corporation. Boards of directors need to decide how much to pay the company’s CEO, whether the company should sue other directors for alleged violations of the duty of loyalty or the duty of care, and whether the company should transact with other corporate insiders. Directors’ failure to make optimal decisions under these circumstances is often presented as purely incentive driven. Under this view, directors have self-interested reasons to cater to insiders’ wishes in order to continue serving as directors (and enjoy the income and the networking opportunities). This influential view arguably calls for expanding directors’ liability for breaches of their fiduciary duties.

Feldman’s framework, however, demonstrates that the dynamics of directors’ decision-making may be far more complicated. Behavioral ethics takes the view that people’s actions are based on self-interest in that they serve a need to maintain a positive and coherent view of the self. Thus, the effect that self-interest has may be implicit—by modifying cognitive processes without people’s admitting to themselves that such influence exists—rather than explicit. Under this account, subtle conflicts may lead directors who genuinely believe that they do the right thing to make poor (but self-serving) decisions. Directors are subject to a vague, open-ended standard (fiduciary duties) that requires them do what is best for the corporation and ignore their own self-interest. Directors, however, must make business decisions under conditions of uncertainty about the best course of action for the company.

Consider, for example, independent directors who are asked to decide whether the company should enter into a major transaction with its controlling shareholder. The controlling shareholder has the power to nominate directors and the directors serve at her will. Under these conditions, even when the transaction with the controller reduces value, implicit cognitive processes might lead the directors to believe that the transaction would benefit the company and its minority shareholders. In other words, it may simply be the case that directors use motivated reasoning to make decisions that cater to those they are supposed to monitor—the company’s CEO or its controller. Feldman’s analysis therefore suggests that subjecting directors to more liability won’t be effective in containing poor decisions that arise from structural bias. Rather, corporate law should resort to ex ante measures (for example, change the regime governing director elections) or focus on improving the process for making board decisions.

To summarize, I strongly recommend this fascinating book for corporate law scholars interested in getting a new perspective on how corporate law could more effectively affect the behavior of companies’ officers and directors.