This Is Not Your Parents “Market Efficiency” . . . 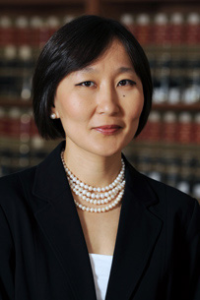 “Market efficiency” is one of the most widely used, and frequently over-used, concepts in modern financial economics and its cross-disciplinary offspring, law and economics. Every student taking corporate finance or securities regulation knows about the Efficient Market Hypothesis. Every policy proposal must grapple with the issue of how it would impact the relevant market’s “efficiency.” And, of course, innumerable law review articles employ the vocabulary of “market efficiency” to support a variety of doctrinal, empirical, and normative claims. Yet, this theoretically elegant concept often seems to be a rather imperfect representation of what actually happens in real-life financial markets. The latest financial crisis made this problem simply impossible to ignore. Of course, a sensible way to bridge the gap between theory and practice is to refine or revise the theory, so that it provides a better explanation of the relevant reality. That’s easier said than done, however. Not surprisingly, the post-crisis explosion of academic writings on financial markets and regulation has produced disappointingly little by way of true theoretical advancement, at least so far.

Dan Awrey’s new article, The Mechanisms of Derivatives Market Efficiency, is one of the few rare exceptions in that respect. It is cleverly framed as an attempt to update and extend the theoretical framework originally laid out by Ron Gilson and Reinier Kraakman in their canonical 1984 article, The Mechanisms of Market Efficiency. Gilson and Kraakman were the first to identify and map out the key channels through which any particular piece of new information, depending on the cost of acquiring and processing it, gets incorporated into the publicly-traded stock prices. Among other things, they explained how numerous professional traders (broker-dealers, research analysts, investment managers, etc.) obtain, process, and disseminate costly private information, thus collectively enabling stock market prices to move to the new optimal levels.

Since its publication in 1984, Gilson and Kraakman’s article has been enormously influential in shaping both the dominant understanding of how capital markets operate and the mainstream debates on how they should be regulated. Ironically, however, the 1990s already marked the beginning of a qualitatively new era in modern finance. The rise of over-the-counter (OTC) derivatives trading, in particular, has been a true game-changer for the structure and operation of global financial markets. As Awrey points out, OTC derivatives markets are fundamentally different from the traditional highly regulated, order-driven, and deeply liquid markets for publicly-traded securities. And, insofar as Gilson and Kraakman’s theory was developed in the context of the traditional stock market, it does not offer a satisfactory explanation of how derivatives markets manage the challenge of informational efficiency.

Awrey begins his project of extending their theory beyond its limited original context by spelling out how derivatives contracts differ from publicly-traded stocks. As executory contracts performed over time, derivatives necessarily involve idiosyncratic counterparty credit risk. Derivatives markets lack the benefits of transparency and liquidity provided by the organized and regulated stock exchanges. Instead, derivatives markets are organized around a small network of large financial institutions—the “dealers”—that run huge portfolios of client trades and quote bid and ask prices to one another. These key features of derivatives explain the existence of potentially severe informational problems in these markets, such as the extremely high costs associated with finding derivatives counterparties, monitoring their performance, and properly pricing bespoke instruments.

Furthermore, as Awrey argues, even where traders can see actual prices of derivatives trades, they are generally unable to “decode” the relevant economic information in Gilson and Kraakman’s sense. This is a result of the high contractual malleability and heterogeneity of derivatives contracts. Because the cost of trading with a particular counterparty depends on many trade-specific factors (the counterparty’s creditworthiness, the terms of the contract, the amount and quality of collateral, the overall economic relationship with the same counterparty, etc.), the stated price of the contract does not fully reflect its de facto economic price. Awrey quite brilliantly depicts this phenomenon as an iceberg, where the stated contract price is only its visible tip (the “bright side” of a derivative contract) while the rest of the economically relevant contractual terms are hidden from view (the “dark side” of a derivative contract).

Identifying and examining these four mechanisms of derivatives market efficiency allows Awrey to assess the efficacy of various post-crisis regulatory reforms, including mandatory systems of pre-trade and post-trade reporting, new prudential regulation of derivatives dealers, and the shift to centralized derivatives trading and clearing. Awrey’s most intriguing and far-reaching normative conclusion, however, goes beyond these familiar measures and envisions central banks taking a more active role as the “ideal market-makers” uniquely positioned to ensure the necessary liquidity and informational efficiency of derivatives markets. My big hope is that he expands on this idea, which is near and dear to this reviewer’s heart, in future work.

There are many reasons to like Dan Awrey’s article. He has a genuinely deep practical understanding of derivatives markets, which does not come from simply “reading up” on the subject for purposes of writing an article. The article is superbly framed and executed: the scope of the inquiry is well-defined, the theoretical “hook” is extremely effective, and the argument is laid out clearly and convincingly (and without unnecessary over-claiming). Even a derivatives expert will learn a lot from reading this piece. What makes this article especially noteworthy, however, is that it offers an intellectually inspiring deep rethink of one of the core concepts in mainstream financial economics. In that sense, Awrey’s update of the theory of “market efficiency” is very much in line with other recent law-and-finance scholarship that seeks to deconstruct and demystify such fundamental theoretical and policy-shaping concepts as “financial intermediation” and “safe assets.” I excitedly look forward to our collective next step on this path toward a better—more accurate and empowering—understanding of modern finance.