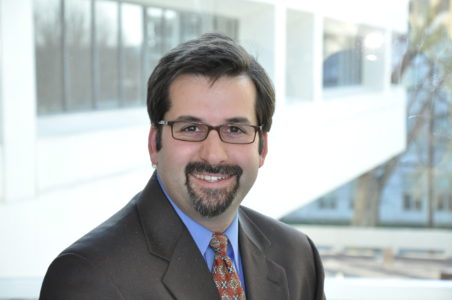 It may be characteristic of the human condition generally, as much as complex transactions particularly, that we don’t sweat the details.

It should come as little surprise, then, that even parties to significant commercial contracts, drafted by able counsel, are often caught on the shoals of boilerplate terms that received something less than their full attention at the time of drafting.  In an area of interest to me, for example, sovereign debt contracts drafted over the last century routinely included so-called pari passu clauses–that is, until Peru’s otherwise unremarkable debt restructuring in 1997 was stymied by a New York-based vulture fund that sought full payment on its bonds, based on that theretofore mysterious provision.

Amidst the recent financial crisis, firms have been forced to face similar questions about boilerplate force majeure provisions – “material adverse change” and/or ”material adverse event” clauses–buried in their contracts.  Scholarly interest has followed, including a particularly notable recent contribution by Eric Talley.

In On Uncertainty, Ambiguity, and Contractual Conditions, Talley uses MAC/MAE clauses–as well as the recent analysis of them by the Delaware Court of Chancery, in Hexion v. Huntsman–to reflect broadly on the distinction between risk and uncertainty, and on importance of attending more closely to the latter in contract design and interpretation, whether in corporate settings or elsewhere.  Building on this foundation, in turn, Talley offers an empirical analysis of MAC/MAE provisions in recent merger agreements, finding a correlation between changes in the level of ambient uncertainty, and the scope of MAC/MAE provisions incorporated into relevant contracts.

More tangibly, one can see the distinction between risk and uncertainty at work in the famous thought experiment devised by Daniel Ellsberg–yes, that Daniel Ellsberg–in his 1961 article, Risk, Ambiguity, and the Savage Axioms.  Ellsberg thus suggested offering a given subject the choice of picking a ball from one of two (opaque) urns, in the first of which there are fifty blue balls and fifty red balls, while in the second, there is some random distribution of a hundred balls.  The subject is promised a reward, further, if she should select a blue ball.  Faced with this choice, Ellsberg suggested, individuals can be expected to prefer the first urn over the second one.  Yet more suggestive of the distinct impact of uncertainty, Ellsberg posited that even were the rules altered mid-stream, to offer the very same subject a reward for selection of a red ball, she would continue to prefer the urn containing the known distribution of blue and red balls.  (Subsequent experimental evidence, it bears noting, has largely confirmed Ellsberg’s conjecture.)

Perhaps most familiarly–for its recency, if not otherwise–Talley cites Donald Rumsfeld’s famous contrast between “known unknowns” and “unknown unknowns” as suggestive of the distinction between risk and uncertainty.  At least as I understand Rumsfeld’s point, however, I am less sure of the analogy.  Rumsfeld’s concern would thus seem to be grounded in the question of what we do and do not know, rather than in the nature of what we don’t know.  Putting it more precisely, the uncertainty of interest to Talley is that which might influence our expected utility curve.  An unknown unknown, on the other hand, would seem by definition to be excluded from the latter–unless, that is, we are to understand our mere awareness of the existence of unknown unknowns to function as an independent determinant of our utility.

In any case, Talley’s reference to Rumsfeld’s now famous remark helps to highlight the importance of attending to the distinct phenomenon of uncertainty, and more carefully evaluating its nature and implications, in various realms of decision-making.  In the financial and insurance markets, in mergers and acquisitions, in the fostering of innovation, and elsewhere, it seems likely to be important for us to better understand the nature of uncertainty–just as we already understand risk.

We might, for example, do well to think about the distinct dynamics of uncertainty, across different substantive settings.  On financial markets (and similarly thick markets), for example, one might imagine that the assumption of market efficiency (even if only of the mildest form) would generate particular, and perhaps relatively more targeted, patterns of uncertainty.  By contrast, in a single-shot setting, perhaps with an unknown counterparty–the purchase of an existing home or used car, for example–we might expect the nature of relevant uncertainty to be relatively more diffuse.

Notably, Talley offers some insight into this question, in conjunction with his empirical assessment of Ron Gilson and Alan Schwartz’s distinct, moral hazard/synergy account of MAC/MAE clauses in merger agreements.  In high technology deals, Talley suggests, the degree–and perhaps the nature, I would add–of uncertainty may be different, given the greater proportion of firm value likely to lie in intangible assets.

One might also think about the nature of uncertainty, with reference to the counterpoise of diversifiable and undiversifiable risk.  Plausibly, one might think about the latter as taking on some–though perhaps not all–of the characteristics of uncertainty.  Diversifiable risk might thus be thought to implicate risks of which the probability is “known,” at least across the entire universe of firms within a given sector.  Market risk, by contrast–as perhaps suggested by the recent financial crisis–can be understood as relatively more “unknown” in terms of its probability.

An interest in multiple equilibrium dynamics, finally, leads me to wonder whether certain occasions for uncertainty, perhaps including the mergers context explored by Talley, might be characterized by punctuated equilibria of a sort.  As in multiple equilibria settings such as the bank runs modeled by Diamond and Dybvig, we might sometimes expect uncertainty not to be evenly distributed over a relevant range, but instead to exist as between two or more particular equilibrium points.  Uncertainty might thus be seen as clustered around a handful of possibilities–whether because the relevant probabilities are, in fact, distributed in that fashion, or alternatively because of a cognitive bias toward thinking in those terms, rather than in the manner predicted by Savage’s subjective expected utility framework (as outlined by Talley), in which consistent probabilities are assigned to each and every potential outcome.

Perhaps most importantly, I wondered about Talley’s decision to calculate the strength of MAC/MAE provisions in relevant contracts by simply counting the number of said provisions in each contract.  As Claire Hill and others have suggested, the drafting of complex commercial contracts may, as often as not, be characterized by a kind of one-way ratchet.  In this account, risk-averse lawyers (often junior associates in large law firms) incorporate a succession of new terms from one contract to the next–whether in the face of new issues, or simply because they hear that others are doing so.  By contrast, they never delete old ones, for fear of potential unintended consequences, for which they–having removed the relevant provision–will end up being blamed.

In the presence of such a dynamic, a mere count of MAC/MAE provisions has the potential to prove misleading, as one would expect greater friction in the downward versus the upward movement of the number of relevant terms.  Further, one would not expect the quantity of relevant terms to be evenly distributed over the relevant range.  Rather, one might expect to see patterns of exponential rather than arithmetic growth in the number of terms, as the presence of any given number of provisions fosters the addition of more.

This possibility, in turn, raises the related question of who exactly determines to incorporate MAC/MAE provisions of one scope or another, in the first place.  In the latter account of contract drafting, of course, it is the attorneys who do.  Likewise, in the development of sovereign debt contracts:  Thus has the empirical analysis of Stephen Choi and Mitu Gulati identified repeat-player attorneys for issuers as the primary determinants of innovation in sovereign debt contract instruments.

Coming back to where we started, though, one might plausibly surmise that no one at all is paying much attention to MAC/MAE and other boilerplate provisions in complex contracts, in the absence of some pressing impetus for them to do so.  Useful data to this effect might well be generated over the ensuing months; it would be helpful, thus, to see how the scope of MAC/MAE provisions does (or does not) change over the year ahead, as the level of uncertainty necessarily declines.  For the moment, however, it remains at least plausible that contract provisions on uncertainty truly are unknown unknowns–as terms that simply do not get the attention they deserve, until crisis is already upon us.