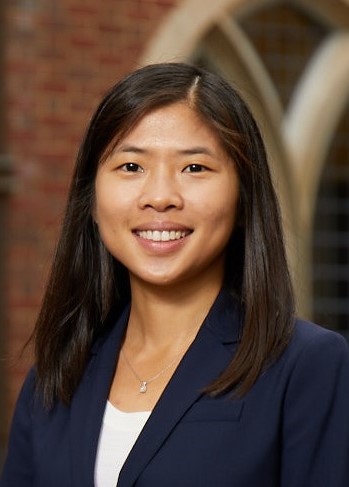 Indictments of shareholder primacy have grown increasingly common. Confronted with the pressing challenges of climate change, structural racism, and the spread of disinformation, legal scholars are revisiting the timeworn question of the purpose of a corporation and its standard answer: to maximize shareholder wealth. For the most part, this discussion has rigidly centered on the role of corporate law. Do cases like Dodge v. Ford and eBay v. Newmark require corporations to have a shareholder-oriented purpose? Is shareholderism the inevitable consequence of laws that place the power to elect corporate directors in the hands of shareholders alone?

Dorothy Lund and Elizabeth Pollman’s thought-provoking new article, The Corporate Governance Machine,1 reminds us however that shareholder primacy is actually the product of a complex system, of which the law is just one component. The “corporate governance machine,” as they define it, is the “governance system in the United States composed of law, markets, and culture that orients corporate decision-making toward shareholders.” Lund and Pollman argue that law may in fact “be the least important” force propelling this machine in its current direction. Market players, such as proxy advisors, stock exchanges, and ratings agencies, as well as entities that propagate cultural norms, such as professional education and media institutions, bear substantial responsibility for amplifying and reinforcing shareholder primacy.

As Lund and Pollman deftly illustrate, ideas that enter the corporate governance machine eventually either develop a shareholder value sheen or fade into irrelevance. Think, for example, of the movement pushing corporations to consider environmental, social, and governance (ESG) goals. ESG co-opted the goals of an earlier corporate movement advocating for “corporate social responsibility” (CSR). As understood by Howard Bowen, who coined the term in the 1950s, CSR referred to a corporation’s moral obligations to society regardless of the impact on investors. It addressed “the obligations of businessmen to pursue those policies to make those decisions, or to follow those lines of action which are desirable in terms of the objectives and values of our society.” But starting in the 1980s, spurred by the rise of the law and economics movement, scholars began to discuss the “business case” for CSR and explore the link between it and financial performance. In turn, CSR shed its prosocial justifications and adopted investor-oriented ones instead, transforming into ESG.

Lund and Pollman show how legal and extralegal players in the corporate governance system both fueled this shift. Once ESG became perceived as beneficial for investors, it gained the enthusiastic support of the legal community because it elided the difficult debate over the proper ends for corporate decisionmaking. In turn, market participants who had ignored CSR embraced ESG because they saw a profit opportunity: “[a]s investors started to accept the notion that integrating ESG measures could mitigate risk and create shareholder value . . . ratings agencies began providing ESG metrics, institutional investors offered ESG funds, and thousands of investment professionals billed themselves as ‘ESG analysts.’” Today, calls for greater attention to and transparency surrounding corporate ESG initiatives nearly all use the language of shareholderism. This orientation, in turn, shapes cultural and managerial perceptions about the kinds of ESG activities a corporation should undertake.

Appreciating how the corporate governance machine functions can broaden our understanding of the U.S. corporate landscape. It can explain features that law, by itself, cannot. The language of corporate reform, for example, has been decidedly shareholder-centric for decades. Even proposals that aim to enhance corporate accountability to the public as a whole, such as mandatory ESG disclosures and board diversity mandates, are primarily justified as benefitting investors economically in the long run (possibly resulting, as Lund has suggested in other contexts, in a type of “discursive harm”). The corporate governance machine also illuminates the near universality of certain pro-shareholder governance structures in public U.S. companies, such as annual elections, majority voting, and independent directors. These arrangements are not required by law and may even be suboptimal in some cases, but as soon as companies go public, they are all pushed to conform to a common shareholder-oriented blueprint by stock exchanges, ratings agencies, proxy advisors, and other market and cultural forces.

Through richly historical accounts and a range of detailed examples, The Corporate Governance Machine adds much-needed complexity to conventional narratives on why shareholder primacy has dominated over competing theories in the United States and proven so hard to dislodge. At a time when companies’ actions and impact are increasingly under scrutiny, this article will almost certainly spark important conversations.